The assembly of ITER has started, in which Hungarian engineers and researchers are also working

There was a lot of hustle and bustle around ITER’s house on 28.07.2020. The assembly of ITER was officially launched on this day, where many World leaders also gave virtual speeches and presented the 3D printable ITER model created by the colleagues of the Centre for Energy Research.

ITER is being built in Cadarache in the south of France. It aims to show how nuclear fusion can produce energy on Earth, as well as test the technologies used in later fusion power plants. It is currently one of the largest scientific and technological project in the World, implemented in collaboration with seven partners representing more than half of the world’s population.

Our colleagues are also involved in the ITER project.

Tuesday’s live broadcast began with Laban Coblentz, ITER Head of Communications, who outlined the schedule. Bernard Bigot, Director General of ITER, continued with a presentation on the construction of ITER. After the exterior presentation of the buildings, we were in the building that the poloidal magnets made. After that, the 3D printed ITER was introduced, the two creators, Tamás Szabolics and Márton Vavrik, were mentioned by name. Laban Coblentz presents the ITER parts on the model.

The broadcast continued in the assembly hall, where the TF (toroidal field) coil from Japan is shown. Powerful. A total of 70,000 amperes will flow in the 18 electromagnetic coils.

After presenting several key components, leaders from partner countries – the United States, the European Union, Russia, India, China, South Korea and Japan – signed up. Bernard Bigot spoke about the fact that this is a historic moment and that together with the partners they could not stand here now. Thanks to the more than ten thousand workers who worked or working on ITER. French President Emmanuel Macron, who has signed up virtually, checked in from the Elysee Palace, where the 2006 ITER construction agreement was signed.

The start of assembly is a huge milestone in the life of the project, because mostly the buildings and support units were contructed until now, with the arrival of the first real components accelerating the events of the ITER construction.

Another important milestone in the experiment was in May, when the base of its heaviest component, the 300-ton cryostat, was lifted into place.

Colleagues from the Centre for Energy Research, the Fusion Plasma Physics Laboratory and the Fusion Technology Laboratory are also involved in the ITER project. The Hungarian engineers designed the cabling of the entire interior of ITER so that it could operate without maintenance for 20 years, and some components were also tested in Budapest. In addition to our engineers, C3D Kft also took part in the project as an industrial partner. In addition, our colleagues are currently working on an important component of ITER, one of the so-called on a propagation cartridge, which will be responsible for producing one of the fuel for the fusion within the power plant. Last week, Centre for Energy Research submitted a tender for the development of one of the ITER critical pellet injection systems, under which a domestic test laboratory could be built for the experimental development of the equipment. 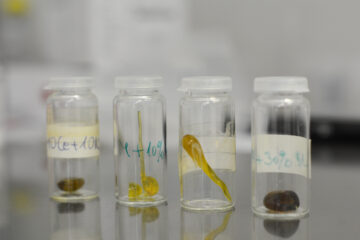 The final disposal of radioactive waste is an increasingly pressing issue for the present and for the future. According to the T/13628 act proposal, we have to take care of the waste generated in Hungary, applying the principle of multiple engineering barriers Read more… 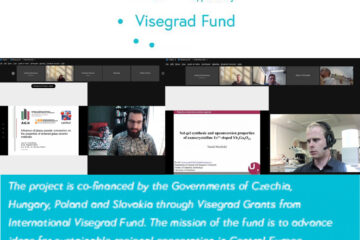 “From brain drain to brain gain” 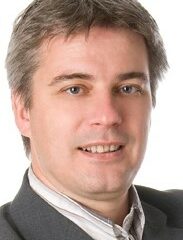 The Committee of the American Ceramic Society elected Dr. Csaba Balázsi as this year’s Fellow