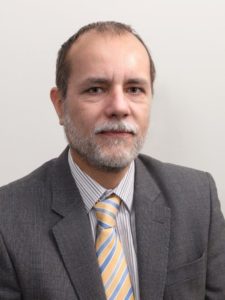 One of the aims of video diagnostics is to study fast phenomena in plasmas using ultrafast (up to several 100 000 frames/sec) cameras. Examples are ablation of solid state materials (pellets) in the plasma, study of instabilities. The other important field is recording of overview images with multiple cameras. The EDICAM camera system was developed by the laboratory in order to combine the recording of slow overview video streams with fast observation of small areas. This system can also take simple decisions and modify its operation on the basis of the measurements. An 8-camera EDICAM system is a basic diagnostic on the Wendelstein 7-X stellarator. An EDICAM system will also be used for recording the first measurements on the EU-Japan JT-60SA tokamak experiment.

Beam Emission Spectroscopy is based on the injection of an accelerated atomic beam into the fusion plasma, which excites the atoms and thus they emit light. The light emission from the beam is observed with a sensitive and high frequency optical measurement system. From fast fluctuations of the light emission information on plasma density fluctuation, and in turn turbulence, can be gained which is the most important process determining plasma confinement. The laboratory develops its original alkali (Li, Na, Rb, Cs) beam injectors and light detection systems. These are installed on various large fusion devices and used for regular measurements of the edge plasma density and turbulence. For study of the core plasma heating atomic beams are used. Special statistical analysis program packages and algorithms are developed and used for data analysis.

Due to the technical related activities of the department, it has significant engineering group to support the above-mentioned main development fields. Furthermore, the engineers are participating in the following fusion related long-term projects:

IFMIF-DONES: The DONES (DEMO Oriented Neutron Source) project will develop material irradiation experiments which are going to imitate the environment in the DEMO tokamak. This way, materials can be tested for industrial fusion power plant usage. In the laboratory, Systems Engineering works are conducted (e.g. defintion and identification of requirements and interfaces), and the DONES Test Cell conceptual design is under development too. The Test Cell is the project’s heart where the material irradiation will take place.

The Plasma Physics Laboratory participates in the research program of the following experiments:

JET, MAST-Upgrade (UK), ASDEX Upgrade, Wendelstein 7-X (Germany), COMPASS (Czech Republic), KSTAR (South Korea), EAST (China), JT-60SA (Japan). Most of the work is performed in the framework of the Eurofusion konzorcium with support of the European Union. More information on Hungarian fusion research can be found at magfuzio.hu.

The colleagues of the department