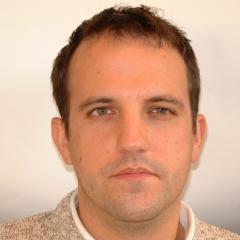 Nanosensors Laboratory was established at the beginning of the year from the former Department of Microtechnology. The core infrastructure, having two semiconductor clean rooms, is shared and operated together with the Microsystems Laboratory. Our Mission is to utilize the emerging results of nanotechnology and materials science for novel physical sensors, particularly for micro- and nanometer sized electromechanical systems (MEMS/NEMS). The research activities include the exploration of piezoelectric thin films, the development of semiconductor sensors and low-power consumption or even autonomous sensor networks. The activity of the research group is related to and supported by five domestic projects and several scientific collaborations with national and international partners. Besides, the group also provided characterization- and fabrication-related services for industrial partners, such as Light-Tech Hungary or Semilab.

Nanotechnology related research was carried out mainly in collaboration with Physics Department of BME. On the one hand, the group continued the work on spintronic devices as well, in the framework of National Quantumtechnology Program (HunQuTech). In 2019 we could downscale the period of the electrode pattern to 50 nm and optimized the deposition of superconducting NbTiN thin films. On the other hand, we had also progress in the field of memristors and started to work on the phase-changing VO2 layers. Besides, the Nanosensors Laboratory conducted research in the field of betha-Ga2O3 and plasmonic Au nanoparticles.

Webstie of the department: www.mems.hu

The colleagues of the department: