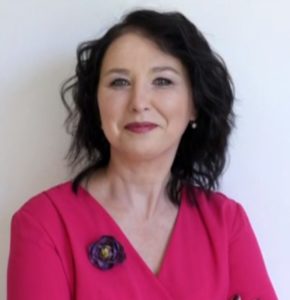 The department carries out research in the field of thin films and ceramics. Based on their multi decade experience they investigate the microstructure of polycrystalline layers, novel nanocomposite materials and semiconductor layers. The above subjects were expanded to the field of modern ceramics, bioceramics and nanocystalline ceramic doped austenite steel composites prepared by powder metallurgy.

The Department is strong at national and even international level at transmission electron microscopy (TEM), what they use in order to determine relationships between the microstructure and other physical properties. They also conduct development of special methods based on electron diffraction.

The most important results are the following:

They successfully completed the three-year long international basic research project SAFEMOST. Within the framework of this project, the InGaN / AlGaN / AlN / GaN layer structure produced by MOCVD was developed. The depth change of some components of the voltage tensor was determined. Thanks to this fact, a 1V positive threshold voltage was reached for the polarization change caused by the local deformation of the layers, thus the normally-off MOS-HEMT transistor technology was realized.

They developed a novel technology for automatic processing of a large number of electron diffraction patterns (“Scanned electron diffraction”). With the help of the newly developed computer evaluation method phase maps and orientation maps can be generated and virtual light and dark field images from a large number of diffraction patterns (typically around 1000) can be generated, as well. This method currently works for cubic structures and z-orientations.

To be able to study of the concentration dependence of two-component thin-film systems more effective, the so-called “one-sample” micro-combinatorial method has been developed. Thus, one sample with programmed variable composition contains all concentration-dependent information. The entire data set can be measured in a single step measurement process, which making the development of sputtered layers faster and more cost effective.

They made the preparation of TEM and HREM samples more effective by purchasing and applying a SEM Dual Beam FEI SCIOS2. Focused ion beam sample preparation is significantly faster than conventional methods.

A nanostructured hydroxyapatite layer on Si3N4 substrate has been successfully prepared. The addition of 3 wt% carbon nanotube made the insulating Si3N4 conductive, thus an electrospraying method to form the bioceramic layer was applicable.

The colleagues of the department